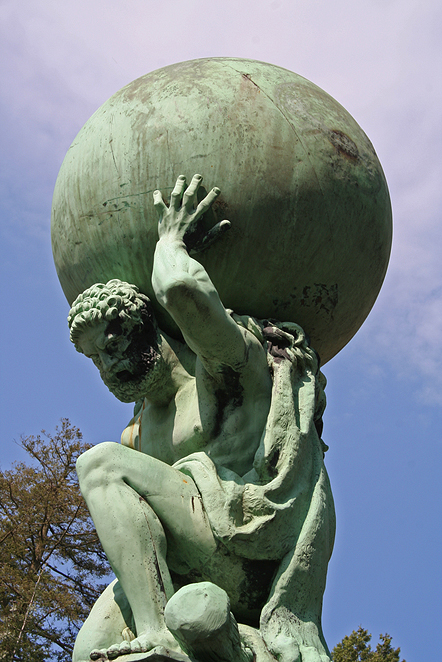 From: £22.00
Photographic Print. Hercules Statue by William Brodie in Portmeirion village, Snowdonia, Wales.
William Brodie exhibited at the Royal Academy and at the Great Exhibition of 1851. His statue Hercules was cast in about 1863. Sir Clough Williams-Ellis admired his work and found Hercules in Aberdeen from a picture in Country Life magazine. He acquired the statue in 1960 and drove him on the back of a pick-up from Aberdeen. It was Grade ll listed in 1971. Clough inscribed plaques at the base, such as, 'To the Summer of 1959, in honour of its splendour' and for 1971 and 1975. Portmeirion sculptor Jonah Jones who died in 2004 was commemorated on a large plaque on another side of the plinth. It was here that Jonah and Clough had their annual autumn meeting to appraise the quality of the summer and decide whether or not it deserved a plaque in its honour.
Colours are as accurate as possible but may differ slightly due to screen calibrations.
Shipping outside UK mainland is estimated, on occasion a variation will be emailed before dispatch.
Images printed at a Fuji approved professional laboratory on highest quality archive papers, Fuji Crystal or DP 2.
A Signed Certificate of Authenticity Card states the series number.