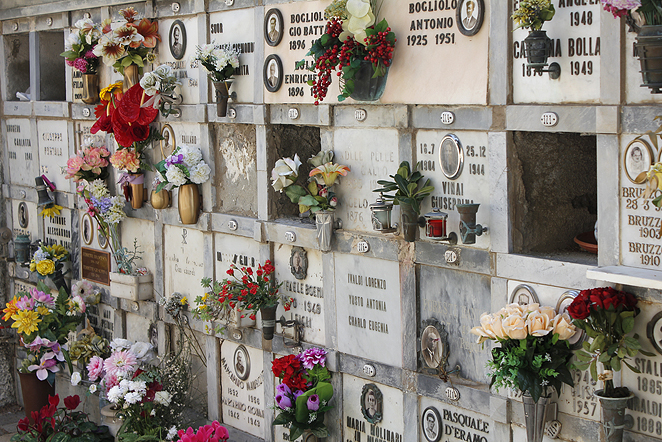 From: £22.00
Photographic print. This avenue of Niches is at Alassio Cemetery in the Province of Savona, Italy.
This is the first in a series of photographs of niches decorated with vivid colourful flowers and also some lovely faded colours. Some of le nicchie have not been used yet, which gives a realism to the image of these tombs. English families such as Hanbury, Gibb, Montagu and Macmurdo were drawn to build villas in the hills of Alassio by a mild climate and an unspoilt landscape, forming an English community with an Anglican church, tennis club, library and tea rooms. Alassio became a prestigious international resort.
Colours are as accurate as possible but may differ slightly due to screen calibrations.
Shipping outside UK mainland is estimated, on occasion a variation will be emailed before dispatch.
Images printed at a Fuji approved professional laboratory on highest quality archive papers, Fuji Crystal or DP 2.
A Signed Certificate of Authenticity Card states the series number.