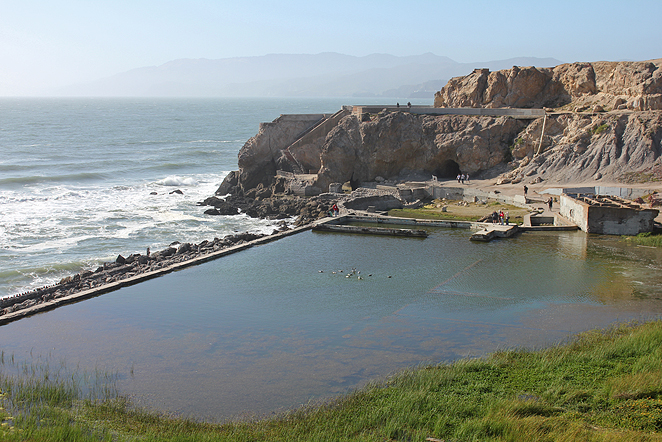 From: £22.00
Photographic Print. Sutro Baths at Point Lobos Avenue, Land's End, Outer Richmond, San Francisco, California.
The first time I looked at this view of the ruins of Sutro Baths, seated in a booth in Louis' Diner, I said that area of rocks reminds me of the scene in Harold and Maude where Maude falls down a hole. I researched it and the scene was filmed there. The world's largest indoor palace of 7 salt water swimming pools was opened by an eccentric entrepreneur called Adolph Sutro in 1896. Close to Cliff House at Seal Rocks, it housed a museum collection of odd specimens from his travels, including Egyptian mummies, stuffed polar bears and apes, and totem poles. He opened his gardens as a landscaped park called Sutro Heights and built a train track service to bring residents out to his entertainment palace. The tracks used to run along the Lands End trail.
Colours are as accurate as possible but may differ slightly due to screen calibrations.
Shipping outside UK mainland is estimated, on occasion a variation will be emailed before dispatch.
Images printed at a Fuji approved professional laboratory on highest quality archive papers, Fuji Crystal or DP 2.
A Signed Certificate of Authenticity Card states the series number.