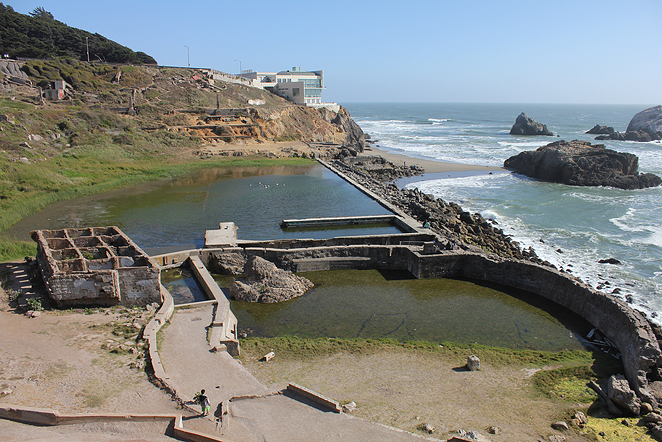 From: £22.00
Photographic Print. Sutro Baths at Point Lobos Avenue, Land's End near Cliff House, Outer Richmond, San Francisco.
Adolph Sutro built the original Cliff House in 1863, he opened the manicured gardens around his house in Sutro Park in 1883, Sutro Baths Pleasure Palace in 1896, including museum world exhibits and the Pleasure Grounds fairground rides and entertainments. He wanted it to be a place for everyone, rich and poor, so he built his own cheaper train track from the city, residents could afford to pay 5 cents to take the train and 25 cents including a swimsuit and towel to swim in the 7 pools, explore the museum exhibits, music performances, dance competitions and eat in the restaurants. Due to the grand scale of this pleasure palace of amusements, leisure and entertainment, once lost, the site has eerie lost grandeur which is breathtaking.
Colours are as accurate as possible but may differ slightly due to screen calibrations.
Shipping outside UK mainland is estimated, on occasion a variation will be emailed before dispatch.
Images printed at a Fuji approved professional laboratory on highest quality archive papers, Fuji Crystal or DP 2.
A Signed Certificate of Authenticity Card states the series number.