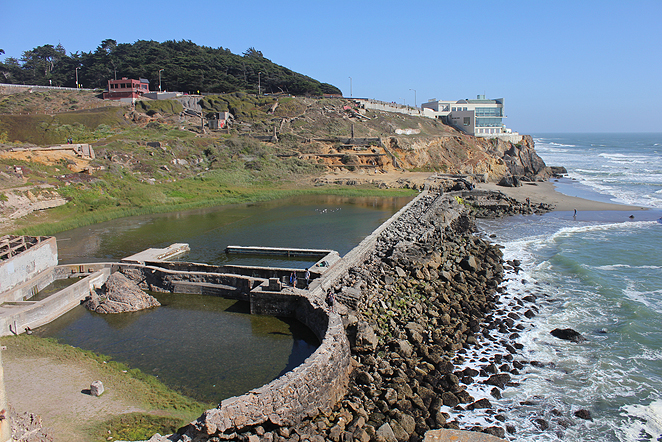 From: £22.00
Photographic Print. Sutro Baths at Point Lobos Avenue, Land's End. San Francisco. California.
The site has an eerie but exciting romantic quality, perhaps due to its one time greatness and epic powerful scale, waves crashing against a cave and skeleton foundations resembling an ancient Greek excavation. Sutro Baths opened in 1896 as the world's largest indoor swimming pool, costing $1 million, developed by Adolph Sutro. During the high tides, water would flow directly into the 7 pools from the ocean, 2 million US gallons in an hour. At low tides a powerful turbine water pump built inside a cave would fill the pools in 5 hours at a rate of 6,000 US gallons a minute. A vision and a feat of engineering to harness the sea, for 70 years, if eventually too powerful to be harnessed permanently. The Baths struggled in later years due to its high maintenance costs and the change in recreational patterns in the 1950s and 1960s.
Colours are as accurate as possible but may differ slightly due to screen calibrations.
Shipping outside UK mainland is estimated, on occasion a variation will be emailed before dispatch.
Images printed at a Fuji approved professional laboratory on highest quality archive papers, Fuji Crystal or DP 2.
A Signed Certificate of Authenticity Card states the series number.