Globe of Light in Green 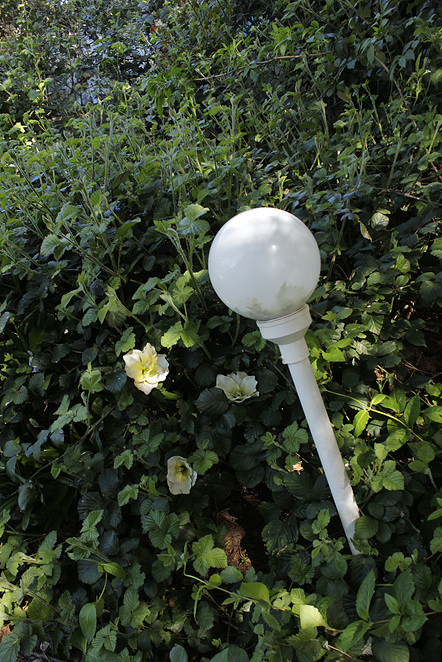 I had to photograph the glass sphere at 12 for the sunlight to light up the globe as if the light was still working inside it. It made me think of Indiana Jones and the Raiders of the lost arc, where the rod has to be held at a certain time for the sun to go through it and hit the ark. As time moved on the point to photograph it got later and as the trees became more full of leaves, less light on the white globe. It was my only chance to photograph it against that striking backdrop of green Brambles as reluctantly I had to cut them down. Under it, a pond and rockery including white Quartz rocks were revealed and I am restoring and redeveloping the rockery.

Colours are as accurate as possible but may differ slightly due to screen calibrations.
Shipping outside UK mainland is estimated, on occasion a variation will be emailed before dispatch.
Images printed at a Fuji approved professional laboratory on highest quality archive papers, Fuji Crystal or DP 2.
A Signed Certificate of Authenticity Card states the series number.