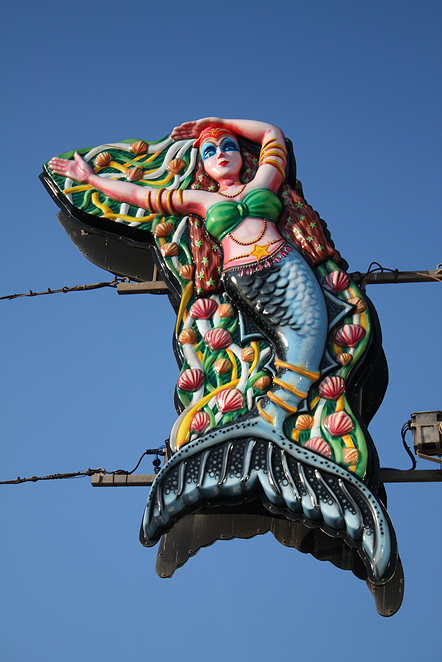 Price: £22.00
Photographic Print. Mermaid with a blue tail in Blackpool Illuminations on the Promenade.
This mermaid has a slightly startled expression. She is part of the Blackpool Illuminations from 2007.
The Illuminations were first lit in 1879 when they were described as 'Artificial sunshine', consisting of just eight carbon arc lamps which bathed the Promenade in light. The original event preceded Thomas Edison's patent of the electric light bulb by twelve months. This year, due to the pandemic, for the first time in the event's 141st year history, the 2020 Illuminations display will be extended from 4 September until 3 January 2021. This will mark the first year that the Illuminations have been operational over the winter holiday season, including Christmas and New Year. The organisers will stream 2020's Illuminations to the internet, which will feature Mel C virtually performing and 7 local heroes switching them on.
Colours are as accurate as possible but may differ slightly due to screen calibrations.
Shipping outside UK mainland is estimated, on occasion a variation will be emailed before dispatch.
Images printed at a Fuji approved professional laboratory on highest quality archive papers, Fuji Crystal or DP 2.
A Signed Certificate of Authenticity Card states the series number.