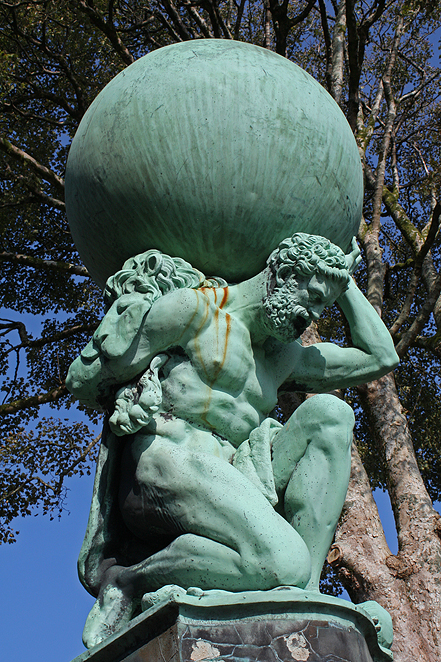 From: £22.00
Photographic Print. Bronze statue Hercules against blue sky and tree at Portmeirion village.
Sir Clough Williams-Ellis admired the works of the sculptor William Brodie and aquired the sculpture Hercules in 1960 after seeing him in a picture in Country Life and drove him on the back of a pick up all the way from Aberdeen to Portmeirion. Hercules had been cast in about 1863 and was listed Grade ll in 1971. When Clough was looking for somewhere to develop his vision, although he had an island in mind, he knew when he saw it that Portmeirion was the place. This is ironic that he looked for an island and 41 years later, The Prisoner was filmed there with Portmeirion as an island from which there was no escape. It was also close to his more recent familial home of Plas Brondanw which was bequeathed to him by his father the Rev. John Clough Williams-Ellis in 1908.
Colours are as accurate as possible but may differ slightly due to screen calibrations.
Shipping outside UK mainland is estimated, on occasion a variation will be emailed before dispatch.
Images printed at a Fuji approved professional laboratory on highest quality archive papers, Fuji Crystal or DP 2.
A Signed Certificate of Authenticity Card states the series number.