Number 6. The Round House. Portmeirion 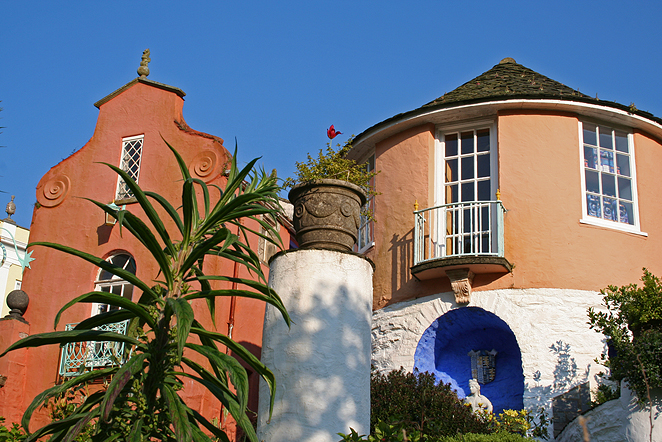 From: £22.00
Photographic Print. The round house residence of Patrick McGoohan as Number 6 in the village, Portmeirion.
At Portmeirion, while filming a one off episode of the spy series, Dangerman, the idea for The Prisoner was sparked off for the writer and main character, Patrick McGoohan. Filming took place between 1966 and 1968. Due to the clever design of the village, every step taken is a different view, creating many perspectives, which has a magnifying effect and this effect is further enhanced by film in The Prisoner. I saw a letter in the Number 6 shop from Sir Clough Williams - Ellis who after seeing the first rushes, wrote to thank Patrick McGoohan for enhancing the village in this way and he also said, "When seen in colour at the local cinema, a performance he kindly arranged, Portmeirion itself seemed, to me, at least, to steal the show from its human cast." It is ironic that The Prisoner was filmed as an island because when Clough was first looking for a site to build his vision, originally he was looking for an island but when he saw Portmeirion he knew it was the right place.
Colours are as accurate as possible but may differ slightly due to screen calibrations.
Shipping outside UK mainland is estimated, on occasion a variation will be emailed before dispatch.
Images printed at a Fuji approved professional laboratory on highest quality archive papers, Fuji Crystal or DP 2.
A Signed Certificate of Authenticity Card states the series number.