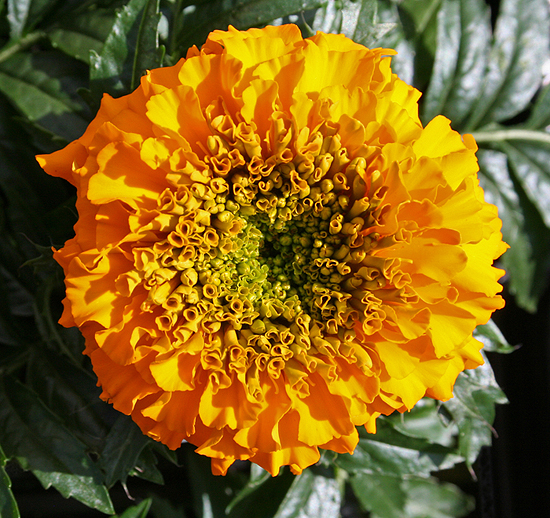 From: £22.00
Photographic Print. Close up photograph of an orange Marigold flower with the genus name Tagetes.
Colourful Marigolds are native to the Americas from North Argentina to New Mexico and Arizona. The earliest use was by the Aztecs who considered them sacred, decorated their temples and attributed to them magical, religious and medicinal properties, first recorded in 1552. It is suspected that native seeds were taken from the Aztecs in the 1500s by early Spanish explorers to Spain. Many cultures use them in religious ceremonies; temple garlands are offered to Hindu gods; in Mexico and Latin America, marigold flowers are used to decorate household altars to celebrate All Saints and All Souls Day. A rich profusion of Marigold flower heads are scattered on relatives' graves in cemeteries. In some cultures, water infused with Marigolds and rubbed onto eyelids was thought to induce psychic visions of fairies and if added to pillows, would encourage psychic and prophetic dreams.
Colours are as accurate as possible but may differ slightly due to screen calibrations.
Shipping outside UK mainland is estimated, on occasion a variation will be emailed before dispatch.
Images printed at a Fuji approved professional laboratory on highest quality archive papers, Fuji Crystal or DP 2.
A Signed Certificate of Authenticity Card states the series number.