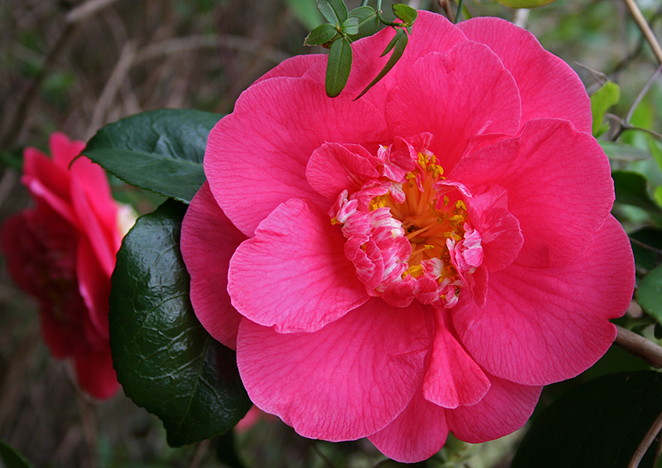 From: £22.00
Photographic Print. Close up of a pink Camellia japonica flower.
This means the Japonese Camellia which is part of the Theaceae family. It is one of the best known species of the genus and has appeared in paintings and porcelain in China since the 11th century and the camellias of Campo Bello in Portugal are the oldest known specimens in Europe, which would have been planted arround 1550 so these trees are now around 460 years old. The first live Camellia is thought to have been brought back to England by Robert James in 1739 and Thunberg, a Swedish botanist visited Japan from 1775 to 1778 while employed by the Dutch East India Company and on his return from Dejima, donated 4 specimens of Camellia japonica to Kew Botanic Gardens. If some conservationists say we should not have plants and trees which are not indigenous to Britain, is this beautiful plant, like Rhododendrons, to be ripped out, even though it has been here 276 years ?
Colours are as accurate as possible but may differ slightly due to screen calibrations.
Shipping outside UK mainland is estimated, on occasion a variation will be emailed before dispatch.
Images printed at a Fuji approved professional laboratory on highest quality archive papers, Fuji Crystal or DP 2.
A Signed Certificate of Authenticity Card states the series number.