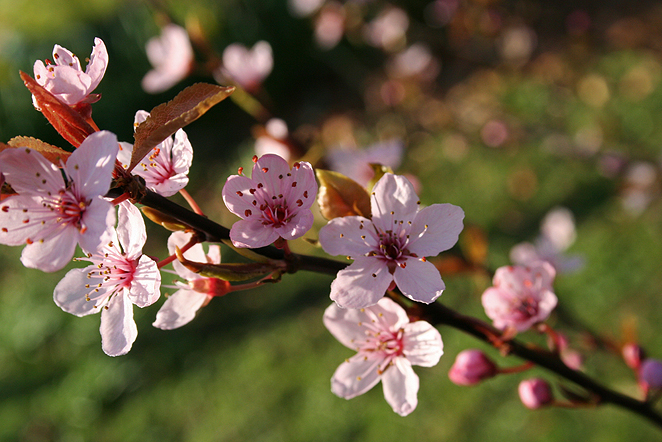 From: £22.00
Photographic Print. Pale pink blossom of a Cherry tree in Springtime.
A Cherry Blossom is the flower of any trees of the genus Prunus. In Japan, cherry blossoms symbolise clouds and an enduring metaphor for the ephemeral nature of life, an aspect of Japanese cultural tradition which is embodied in the concept of mono no aware, dating back to the 18th-century. The transience of the blossoms, the extreme beauty and quick death, has often been associated with mortality so for this reason, cherry blossoms are richly symbolic, and have been often used in Japanese art, Manga, Anime and film. Hanami is the practice of picnicking under a blooming Prunus Sakura or Ume tree. The custom is said to have started during the Nara period from 710-794, originally limited to the elite of the Imperial Court, but then spread to Samuri society and then to everyone. Under the Sakura trees, people had lunch and drank Sake in cheerful feasts.
Colours are as accurate as possible but may differ slightly due to screen calibrations.
Shipping outside UK mainland is estimated, on occasion a variation will be emailed before dispatch.
Images printed at a Fuji approved professional laboratory on highest quality archive papers, Fuji Crystal or DP 2.
A Signed Certificate of Authenticity Card states the series number.