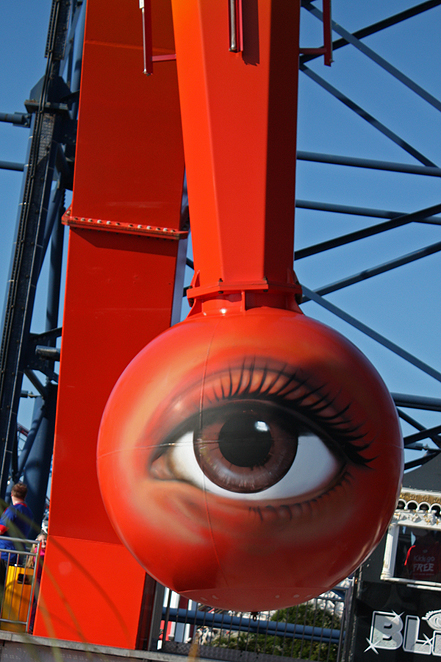 From: £22.00
Photographic Print. Eyeball pendulum on Bling amusement ride at Blackpool Pleasure Beach, England.
Although a single huge ball at one end and at the opposite end a larger 6 armed star, there seemed a perfectly balanced symmetry of engineering; it seemed to swing effortlessly like a giant pendulum into a full circle, sweeping faster as it gained momentum. The fairground ride was built by German company Zierer in 2004, the second of three to have been built. At a height of 100 ft, 30 m, six arms extend in a star shape, each seats five people and spin in three different directions at speeds of up to 60 mph. The ride was sold to The Skyline Amusement Park in Germany where it now operates under its new name of Sky Jet.
Colours are as accurate as possible but may differ slightly due to screen calibrations.
Shipping outside UK mainland is estimated, on occasion a variation will be emailed before dispatch.
Images printed at a Fuji approved professional laboratory on highest quality archive papers, Fuji Crystal or DP 2.
A Signed Certificate of Authenticity Card states the series number.