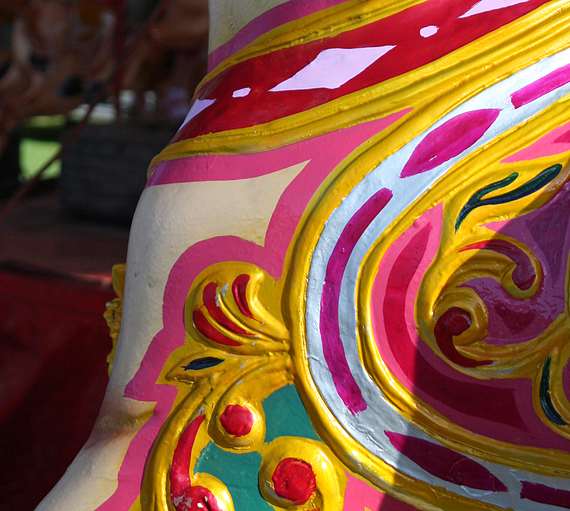 From: £22.00
Photographic Print. Detail of a brightly coloured hand painted carousel horse at a travelling fair in England.
The word carousel originated from the Italian Garosello, named by crusaders who introduced it to Europe, to describe a jousting combat exercise and game played by Turkish and Arabian horsemen in the 12th century. Knights would gallop in a circle while tossing balls to one another. In the 17th century, the balls were dispensed with, and the riders had to spear small rings that were hanging from poles overhead. Cavalry spectacles began to be played by everyone and carousels soon sprung up at fairgrounds across Europe. At the Place du Carousel in Paris, an early make believe carousel was set up with wooden horses for children. Carousel horse 3 is a photograph showing more of the horse.
Colours are as accurate as possible but may differ slightly due to screen calibrations.
Shipping outside UK mainland is estimated, on occasion a variation will be emailed before dispatch.
Images printed at a Fuji approved professional laboratory on highest quality archive papers, Fuji Crystal or DP 2.
A Signed Certificate of Authenticity Card states the series number.