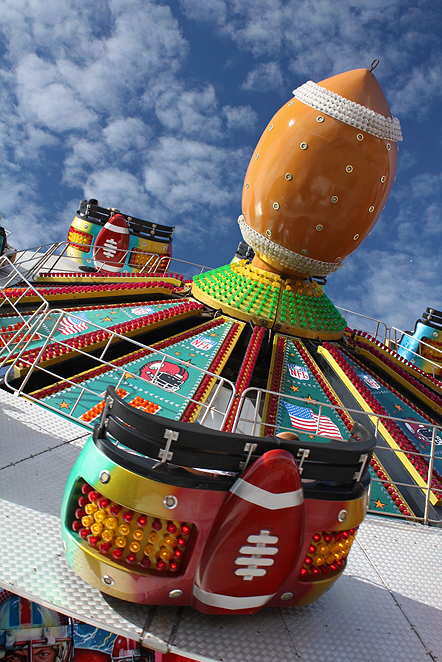 From: £22.00
Photographic Print. Superbowl ride with American football theme, Southport Pleasureland Amusement Park.
Fairgrounds were once rich in fairground art, hand painted, often in a naive way, resulting in an original creation of quirky fairground fantasy. Many fair rides are being closed down or replaced by ones with less imagination. Southport Amusement Park in England was sadly demolished, though some rides were taken to Dreamland, Margate, they kept Superbowl which shows some originality in its dramatic tilting disc and central spheroid looking surreal in the sky.
Colours are as accurate as possible but may differ slightly due to screen calibrations.
Shipping outside UK mainland is estimated, on occasion a variation will be emailed before dispatch.
Images printed at a Fuji approved professional laboratory on highest quality archive papers, Fuji Crystal or DP 2.
A Signed Certificate of Authenticity Card states the series number.