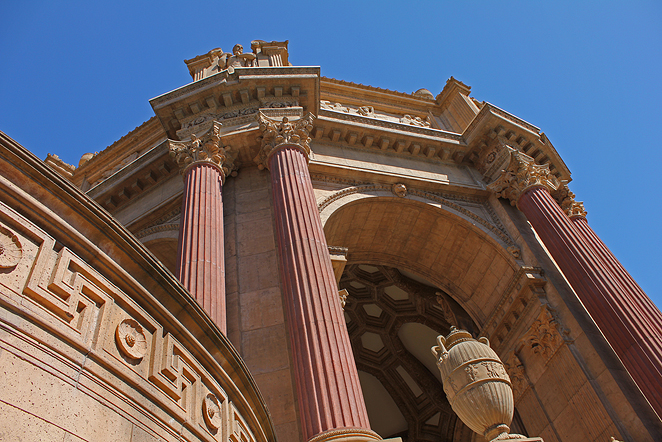 From: £22.00
Photographic Print. Palace of Fine Arts Rotunda on Bay Street @ Lyon, Marina neighbourhood, San Francisco.
Impressive Corinthian columns, colonnade and rotunda, a fictional ruin set amongst trees, reflected in a lagoon, it resembles a stage set for an epic 1940's film. It was designed by the architect Bernard Maybeck as one of 11 palaces in the Panama - Pacific Exposition World Fair in 1915, inspired by Greek and Roman architecture and it was used as a backdrop for a scene in "Vertigo" and "So I married an axe murderer". There are views of Golden Gate Bridge from here and it is near the Art Deco façade of the cinema Presidio Theatre on Chestnut Street.
To see more of these places and learn more, you can download my Cool and Retro Guide to San Francisco which is illustrated with my photographs.
Colours are as accurate as possible but may differ slightly due to screen calibrations.
Shipping outside UK mainland is estimated, on occasion a variation will be emailed before dispatch.
Images printed at a Fuji approved professional laboratory on highest quality archive papers, Fuji Crystal or DP 2.
A Signed Certificate of Authenticity Card states the series number.