Fish and Water Lily in reflections of Neptune 2. Barbados 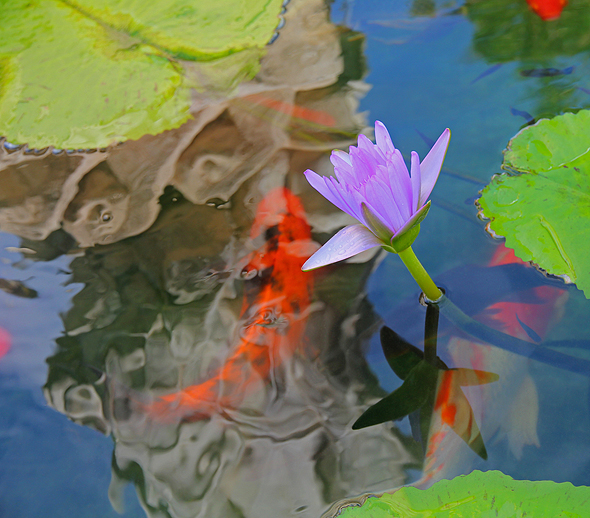 From: £22.00
Photographic Print. Orange Carp fish and flower in restaurant Water Lily pond, Holetown, Barbados, Caribbean.
The distorted reflections of the stone statue God of Neptune blend with the lilac Water Lily and orange Koi fish, forming abstract patterns. National interest for coloured Carp in Japan increased in 1914 when Emperor Hirohito was presented Koi for the Imperial Palace moat and some breeders took samples of different varieties to an exposition in Tokyo. People from all over Japan saw the "Living Jewels" and over the next few decades, dozens of new varieties appeared and in Japan they are called Nishikigoi.
Colours are as accurate as possible but may differ slightly due to screen calibrations.Shipping outside UK mainland is estimated, on occasion a variation will be emailed before dispatch.Images printed at a Fuji approved professional laboratory on highest quality archive papers, Fuji Crystal or DP 2.
A Signed Certificate of Authenticity Card states the series number.